Inherited retinal diseases (IRDs) are caused by one or more mutations in the DNA. Depending on the case, genetic mutations can cause the lack of an important protein or the production of a non-functional or even harmful protein in retinal cells. This leads to the onset of deficits in visual function and, in the most severe cases, to the death of photoreceptor cells, with consequent loss of vision.

Unlike multifactorial diseases, which are determined by environmental, behavioral and genetic factors, inherited diseases depend solely, or at least predominantly, on the presence of a “”defect”” in the DNA. Since parents pass on half of their DNA to their children, diseases with a genetic basis can be transmitted from one generation to another and for this reason they are defined as “”inherited””.

Taken individually, inherited retinal diseases are usually rare diseases, but on the whole, they represent an important cause of low vision and legal blindness in children, teen-agers and adults of working age. The chances of treatment for these pathologies are closely linked to the possibility of correcting the responsible genetic defect, an option that was unimaginable until recently but which today is fortunately becoming a real therapeutic option.

Among the various therapeutic techniques which are being developed, gene therapy was the first to obtain approval for a drug, and namely for the treatment of Leber’s congenital amaurosis and retinitis pigmentosa caused by the homozygous mutation of the RPE65 gene. The drug employs a viral vector which carries a corrected version of the RPE65 gene into the cells of the patients’ retina, in this way being able to compensate for the genetic defect and reduce visual deficits resulting from the disease. If the treatment is given early, significant therapeutic results are obtained.

Genetic tests allow to identify and precisely characterize the genetic mutation(s) present in a patient suffering from an inherited disease and represent an essential step in order to guide the patient towards a possible therapeutic path, be it an approved therapy or, where possible, an advanced clinical trial.

Genetic tests are performed on samples of saliva taken by rubbing a cotton swab on the inner surface of the cheek, a completely painless and extremely fast procedure (less than a minute). The test results must be analyzed by a geneticist expert in the field, who will be able to explain the meaning of any mutations found, both in terms of evolution of the pathology and in terms of therapeutic possibilities. 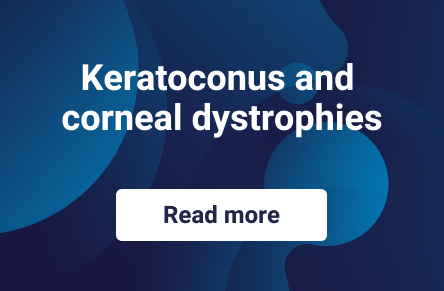 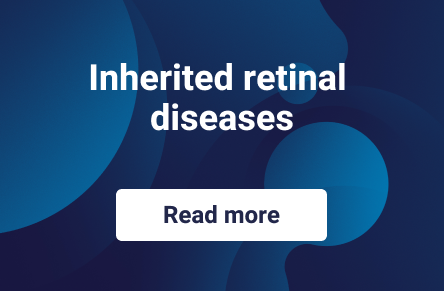 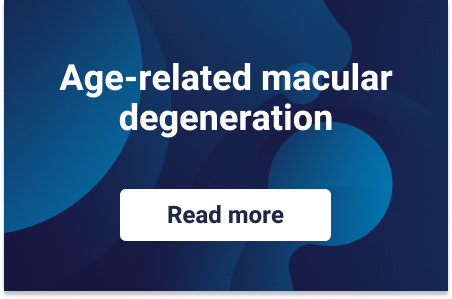 Privacy settings
X
This site installs technical and profiling cookies (also from third parties).
Technical cookies are necessary for the functioning of the site or for its improvement. Your consent is not required for the use of technical cookies.
Profiling cookies (also from third parties) are used instead to offer services and communications in line with your interests. Your consent is required for these cookies. By closing the banner only technical cookies will be installed.
By clicking the "Accept all" button, you consent to the use of all cookies. By clicking the "Preferences" button you will find the various categories of cookies and you can accept or reject cookies according to your preferences and save your choices. You can change your choices at any time. To find out more, you can consult our Cookie Policy.
PreferencesAccept all
Manage consent

This area describes all the cookies used by Rome Vision Clinic and the status of the consents previously given and you are allowed any changes or updates.

Notice: Trying to access array offset on value of type null in /home/gy2bveep/public_html/wp-content/plugins/elementor-pro/modules/nav-menu/widgets/nav-menu.php on line 1483
Menu

Notice: Trying to access array offset on value of type null in /home/gy2bveep/public_html/wp-content/plugins/elementor-pro/modules/nav-menu/widgets/nav-menu.php on line 1483
Menu
Contact us